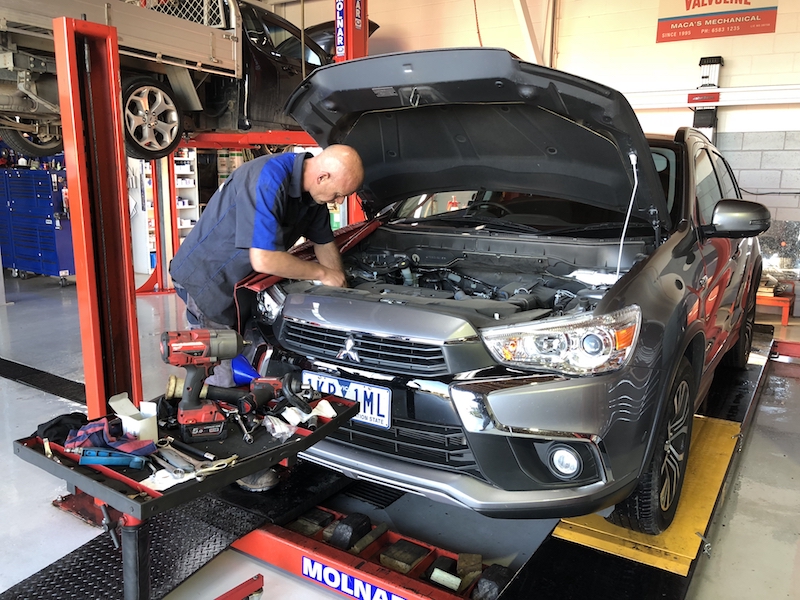 We’ve been writing about gearbox types recently. We have described their construction, mode of operation, characteristics, disadvantages and advantages. Today we will present to you the most common causes of failures and failures of gearboxes. What signals from our car can we not ignore? What actions and costs must be taken into account when repairing the defects? What to expect from a given gearbox?

Mostly design errors and material defects are responsible for defects in manual transmissions. Many failures also occur due to incorrect gearbox operation or oil leakage. However, regardless of how the damage occurs, the problem can usually only be solved after the gearbox has been removed and dismantled. This means that each repair of the gearbox – even if only a bearing replacement is needed.

In practice, however, due to high costs of spare parts and complicated course of repair, these amounts usually reach several thousand zlotys (bearing in mind the costs of repairs of further discussed gearboxes, these amounts should not make an impression).

The most common sign of failure of a manual gearbox is a heavy gear shift. However, this can also be caused by low oil levels – first check the oil level. We should also pay attention to possible gnashing of gears, spontaneous movement of the jack or disturbing howling.

The most common causes of failure of automatic transmissions include mechanical damage caused during driving and oil leaks, usually caused by malfunctioning rubber seals. A serious malfunction may be indicated by disconnection of the drive, lack of reverse gear, lack of high gears, or jerking when changing gears. Most often the control electronics break down, but also frequent defects of the so-called cages and the hydraulic block are a common problem.

It is worth mentioning that it can be difficult to diagnose automatic transmission failure on its own – one and the same symptom (e.g. jerking) can mean both overdrive and a serious controller failure.

The most common failure of the automated boxes is clutch wear, which is mainly due to the overrunning of the clutch. Both the clutch and the gearbox itself also suffer from manoeuvring at too low a speed.

In semi-automatic gearboxes, the electronics also fail – sensors located in the clutch operating system and at the gear controls as well as the controls. The fact that something bad happens to the electronics can be seen in the problem with starting the engine, the lack of reaction of the gearbox to changes in the jack position, and of course the warning light on the dashboard.

The biggest problem, however, is not the faults of automatic transmissions themselves, but the limited availability of spare parts. Since they can be found primarily in authorized dealerships, possible repairs are not the cheapest.

Failure of the DSG gearbox

In cars with a higher mileage, the mechatronics block or clutch assembly most often fails. The flywheel is also relatively often worn out, but can be easily replaced if necessary because it is not classically connected to the clutch. In practice, a lot depends here on the specific body model, more specifically whether it is based on a dry clutch or a wet multi-disc clutch.

In dry clutch versions, failures are less frequent, because the mechatronics works in its own oil. In wet clutch boxes, on the other hand, mechatronics uses common oil, in which the products of abrasion, among other things, float – and that definitely does not serve its life.

Another problem is the fact that the double clutch gearboxes are equipped with swarf-sensitive solenoid valves, which, if broken, require the replacement of the entire mechatronics. Such repair is very expensive.

Jerking and delayed gear change or loud work are early signs of clutch wear in DSG transmission. If the situation is already more serious, there will be additional slipping. Noisy noises from around the clutch can also signal flywheel damage. A mechatronics failure, on the other hand, can be indicated by the engine going into emergency mode, a gear falling out or one of the gears missing.

The most frequent failure of CVT gearboxes is the chain (belt) stretching and its replacement is usually half this amount. This is a lot, and it can be even worse. If you underestimate the early symptoms of a belt failure (jerking at low speed or unusual increases in engine speed) and stop replacing it, the cost of repair. Then a very expensive damage to the raceway of the cones will occur.

Drivers interested in a used car with infinitely variable transmission should remember that in such a transmission many faults can be detected only after the oil is heated up. Therefore, before buying a car, it is a good idea to do a test drive at full heating of the drive system.

No matter what model of car we drive, we should never underestimate the signs of transmission damage. Failure to repair can lead to serious complications and expensive repairs to the car mechanics. However, we should not panic – remember that many symptoms of failure can often be caused by other factors, such as low oil level or worn out mounting pads.